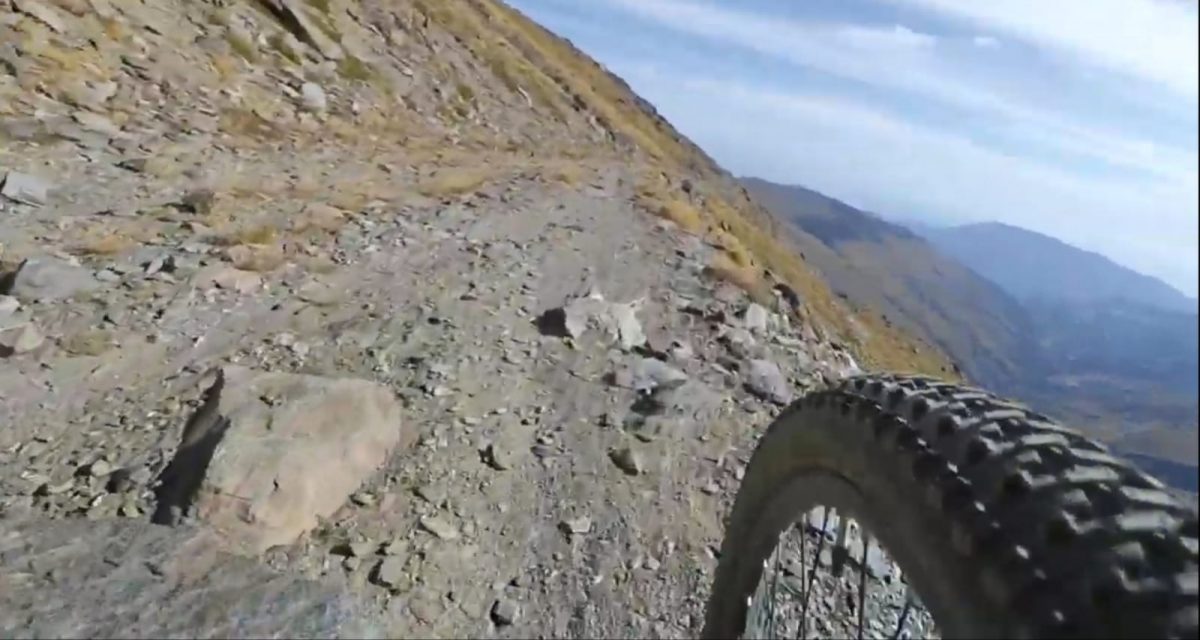 At the weekend I did a bike ride with my friends. I knew it would be intense; starting at 2500m, rising to 3200m and passing by the two highest mountains on mainland Spain; it was never going to be a walk in the park.

I have a beautiful bike, top of the Specialized range in the 90s, it’s old, but still better than many of its modern counterparts. Yet like a sporty Chelsea Wagon -those unfortunate 4x4s that never get to venture outside the central London – it had never actually been in the mountains.

Now was its moment….

The route was challenging on many levels, the initial climb up the mountain got tougher as the air thinned. The mountain pass between Veleta and Mulhacen was relatively wide but strewn with rocks and with an impressive drop down the side. The downhill stretches were fast and furious and tough on the arms. We slept under the stars cos the refuge was locked and the wine, whisky and noodles we ate there were some of the finest I have ever tasted in my life.

I didn’t really know what to take on the ride, I borrowed panniers for my kit and had sunscreen and gloves but it didn’t occur to me that eye protection would be important so I spent the first day cheerfully squinting in the sun, never thinking to put on the £10 sunglasses i had in my bag.

I don’t know at what point my eyes started to hurt, sometime on the second day. I put in some eye drops, on went the sunglasses and i concentrated on getting down the track. By the time we reached our final destination my eyes were so red raw and swollen i could barely see out of them. I took out my contact lenses and drank my beer – What a beer!! – and hoped for the best.

The final leg of the day was tough. I had to go back up the mountains where i’d left my van, then drive back down to the village to pick up my companions and their bikes. My eyes were agony, in the dark of the mountains it was okay, but the approach of headlights was dazzling and the bright lights of the city were agony. We reached home, said our goodbyes and i showered and crawled into bed.

The next morning i gingerly opened my eyes.. kind of… My eyelids were swollen up and the whites of my eyes red and veiny. I looked like i’d been beaten up.

I sat and considered my options. As you’d imagine for somebody in the industry, i have a cabinet full of CBD. Creams and oils and balms, flower buds and …tea? I thought of the classic hungover eye cure of teabags on the eyes. Maybe that would work?

I made myself a huge pot of bud tea to help soothe my aching muscles, soaked two cotton wool pads in it, waited til it had cooled, then sat for 20 minutes with the pads on my eyes.

The results were nothing short of miraculous. Twenty minutes later the whites of my eyes were just that – white – and the swelling in my eyelids had completely gone.

does cannabis have healing properties?

Now i’m not saying that CBD tea cures anything. Hell, i’m not allowed to say that. But, should you find yourself in my position, with sore swollen up eyes, make yourself a nice pot of bud tea, put it on your eyes, and whilst you wait for it to do its stuff, ponder for a minute – or twenty – on the amazing healing power of Cannabis Sativa, plant of the gods.