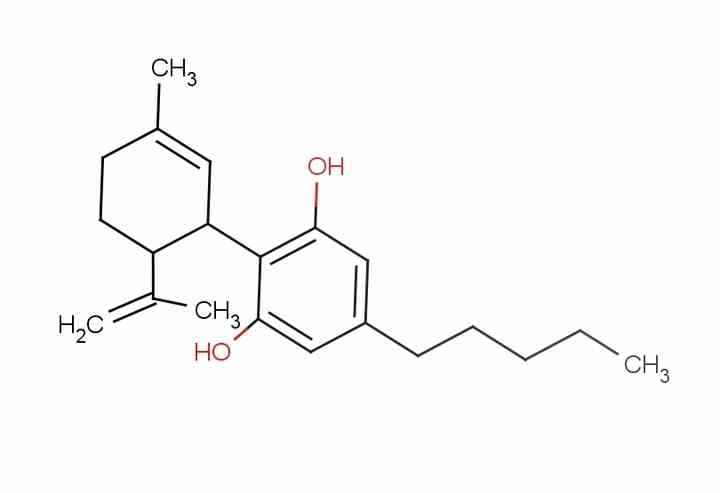 Cannabidiol And The Benefits Of CBD 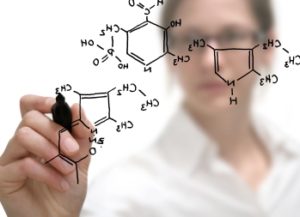 Scientists are rapidly discovering more and more about the rather amazing CBD benefits found in the cannabis plant. Most of them have shown therapeutic value, as have the terpenes, which give the plant its distinct odors. There are over 125 terpenes and over 80 cannabinoids in cannabis and each strain has its own unique blend that create its distinct effects.

CBD is just one cannabinoid. Cannabinoids are 21-carbon molecules that block or stimulate endocannabinoid receptors. It’s known that other cannabinoids, such as THC, THCV, CBN and CBD, bind to CB1 and/or CB2 receptors, just as do the brain’s own naturally occurring cannabinoids – AEA and 2 AG.

Many of these cannabinoids have therapeutic value and CBD is no exception. It is a non-psychotropic cannabinoid, meaning it does not contribute to the euphoria associated with certain strains of cannabis. It is, however, psychoactive, because it crosses the blood-brain barrier. Unlike THC, CBD can be administered at relatively high doses without undesired psychological side effects.

CBD also has the effect of reducing the undesirable effects of high-THC cannabis, such as anxiety and paranoia, which allows a patient to ingest more THC, which has its own incredible medical effects. CBD is a powerful anti-epileptic, anti-depressant, anti-inflammatory, anti-nauseate, sleep aid, muscle relaxant, sedative and anti-proliferative.

What’s in A Name?

The US federal government seems schizophrenic when it comes to CBD. Some interpret the government’s position to mean CBD is legal if it comes from hemp, despite hemp, cannabis and marijuana all being the exact same thing. We should not be surprised. An odd distinction existed from 1916 until 1942 where what you called the plant made the difference between cannabis being legal and marijuana being illegal.

Marijuana was illegal in most states but cannabis was not only legal in all states, but widely prescribed by physicians and available in over twenty-five over-the-counter medicines. The marijuana laws were more often applied to Hispanics and African Americans while Anglo-Caucasian and other pharmacy cannabis customers could obtain the medicinal cannabis with impunity.

The US federal government has patented CBD. Here is what they say in their patent abstract:

Cannabinoids have been found to have antioxidant properties, unrelated to NMDA receptor antagonism. This new found property makes cannabinoids useful in the treatment and prophylaxis of wide variety of oxidation associated diseases, such as ischemic, age-related, inflammatory and autoimmune diseases. The cannabinoids are found to have particular application as neuroprotectants, for example in limiting neurological damage following ischemic insults, such as stroke and trauma, or in the treatment of neurodegenerative diseases, such as Alzheimer’s disease, Parkinson’s disease and HIV dementia. Nonpsychoactive cannabinoids, such as cannabidiol, are particularly advantageous to use because they avoid toxicity that is encountered with psychoactive cannabinoids at high doses useful in the method of the present invention. A particular disclosed class of cananbinoids useful as neuroprotective antioxidants is formula (1) wherein the R group is independently selected from the group consisting of H, CH3 and COCH3. 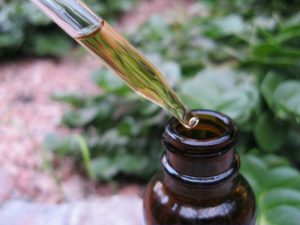 The big selling point for the surging popularity of CBD has been that it is non-euphoric. The idea that using medication to feel good is not appropriate, unusual or unacceptable seems to almost uniquely apply to cannabis. Tranquilizers, antidepressants and ED medicines are all intended to make us feel emotionally better, even euphoric. While some may not want the euphoria associated with THC and other euphorigenic constituents of the plant, there is the therapeutic consideration of the benefit of using the whole plant (the entourage effect). As with any therapeutic agent the physician will weigh the balance of the therapeutic effects to the side effects.

Many clinicians believe that using CBD as an isolated compound not only diminishes its therapeutic value but does not take full advantage of the medicinal value of cannabis. This is because of the entourage effect, the concept that the totality of the therapeutic constituents of the plant acting together are more effective than any single isolated compound acting alone.

The federal government promotes the concept that “Single-molecule pharmaceuticals are superior to ‘crude’ whole plant medicinals.” Here’s what Martin Lee, author of ‘Smoke Signals’ and ‘Acid Dreams’ had to say about this issue:

“According to the federal government, specific components of the marijuana plant (THC, CBD) have medical value, but the plant itself does not have medical value. Uncle Sam’s single-molecule blinders reflect a cultural and political bias that privileges Big Pharma products. Single-molecule medicine is the predominant corporate way, the FDA-approved way, but it’s not the only way, and it’s not necessarily the optimal way to benefit from cannabis therapeutics. Cannabis contains several hundred compounds, including various flavonoids, aromatic terpenes, and many minor cannabinoids in addition to THC and CBD. Each of these compounds has specific healing attributes, but when combined they create what scientists refer to as a holistic “entourage effect,” so that the therapeutic impact of the whole plant is greater than the sum of its single-molecule parts. The Food and Drug administration, however, isn’t in the business of approving plants as medicine. [See the scientific evidence].”

When looking at the effects of cannabis we need to be cognizant that different routes of cannabinoid administration have different effects. Inhaled THC enters capillaries in the lungs, passes into general circulation through the pulmonary arteries and goes directly to the brain without passing through the liver. The cannabinoids then cross the blood-brain barrier to affect the endocannabinoid receptors. In addition, when cannabis is burned new compounds are created not found in the raw or dried plant.

The respiratory route of administration allows THC and other constituents of the plant to go directly to the brain without going through the liver. THC metabolites contribute significantly to the effects of cannabis consumption. On the first pass through the liver, 85% of THC is metabolized. Some of it is metabolized to 11-hydrox-THC, a THC metabolite that activates CB1 cannabinoid receptors in the brain. It induces a high more potently than THC itself.

When ingested orally, however, THC and other cannabinoids and terpenes are absorbed from the small intestine over several hours. THC and the other constituents are then carried to the liver, where THC is metabolized by subclasses of cytochrome P450 enzyme (abbreviated CYP), specifically the CYP2C and CYP3A enzymes. About 85% of the THC is metabolized on its first pass through the liver. Like any oral medication, it will take about 45-75 minutes before enough of the plant constituents are in the bloodstream to exert a therapeutic effect. Further, there will be a greater effect of a THC metabolic breakdown product, 11-hydroxy-THC.

Let’s be very clear. All plants are chemically complex, containing hundreds of different molecules. A tomato has about 380 different molecules. Coffee 880. Cannabis 512. Of these 512 compounds, 80-100 are cannabinoids and over 125 are terpenes. Many of these chemicals have therapeutic value.

The ECS is the largest neurotransmitter system in the brain. It can be affected by both exogenous (from outside the body) and endogenous (from inside the body) cannabinoids that exert their many pharmacological effects. Dr. Raphael Mechoulam, the researcher who first isolated and identified THC in 1964, also helped characterize the ECS system in 1992.

There are at least two types of cannabinoid receptors in mammalian tissues, dubbed CB1 and CB2 receptors. CB1 receptors are not only in the brain and spinal cord but in peripheral tissues as well. CB2 receptors are found primarily in immune tissues. It is quite likely that in the near future, research will identify more components of the ECS. 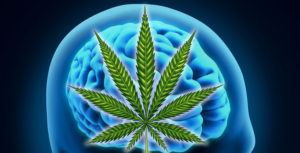 In early 2014, a CNN documentary by Sanjay Gupta, M.D. pointed out the anti-epileptic properties of cannabis. He focused on a young child who had intractable seizures. Several years earlier, Dr. Mechoulam described an experiment by Paul F. Consroe and colleagues in Brazil where CBD was tested as a treatment for intractable epilepsy. Patients stayed on the anticonvulsants they had been on, which hadn’t eliminated their seizures, and added 200 mg/day of CBD or a placebo. The subjects were followed over the course of several months.

Mechoulam noted that of the seven patients getting CBD; three became seizure-free; one experienced only one or two seizures; and two experienced reduced severity and occurrence of seizures. Only one showed no improvement. CBD is one of the reasons that cannabis has been known for centuries as an anti-seizure medicine. Now in the second decade of the twenty-first century, there is increased public interest in this therapeutic property of cannabis.

As a side note, earlier this year Brazil approved the use of CBD to treat epilepsy. Prescribing is restricted to psychiatrists and neurologists.

There have been numerous studies that demonstrate cannabis’ neuroprotective capabilities. Cannabinoids help preserve brain matter in stroke and traumatic brain injury. Studies have shown that cannabidiol (CBD) at a concentration of 10 uM, was neuroprotective against both excitatory transmitter (glutamate) and oxidant (hydroperoxide) induced neurotoxicity. Mechoulam developed a synthetic cannabinoid, dextranabinol, that has been shown in basic science studies to help limit brain tissue death from decreased tissue oxygenation. This can be caused by stroke, traumatic brain injury (TBI), or being placed on a heart-lung machine during cardiac bypass surgery.

Mechoulam has characterized post-traumatic stress disorder, certain phobias and forms of chronic pain as human situations which are conditioned and might be amenable to treatment with CBD.

“I know that many patients with PTSD take cannabis, self-administered,” Mechoulam said.

The Israeli Ministry of Health has tested CBD and THC at various ratios to treat PTSD. They currently have a successful program at Abarbanal Hospital in Israel where cannabis is used to treat PTSD.

Cannabis has been shown in both tissue culture and mice to be effective at inhibiting the growth of many cancers. CBD plays an important role in that effort. Other cannabinoids also contribute to cannabis’ anti-neoplastic (anti-cancer) effect. Cannabis is an anti-oxidant. Antioxidants have been shown to decrease the incidence of cancer. There are several mechanisms for this anti-cancer effect: cannabis affects a gene which controls metastasis so it decreases metastasis, encourages apoptosis (death of old or abnormal cells), and inhibits angiogenesis (formation of new blood vessels).

In 1974, a research team at the Medical College of Virginia (acting at the behest of the federal government) discovered that cannabis inhibited malignant tumor cell growth in cell culture and in mice. This is the study that was published in the above referenced Journal of the National Cancer Institute in 1975, According to the study’s results, reported nationally in an August 18, 1974 Washing Post newspaper feature, administration of marijuana’s primary cannabinoid THC, “slowed the growth of lung cancers, breast cancers and a virus-induced leukemia in laboratory mice, and prolonged their lives by as much as 36 percent.”

This site uses Akismet to reduce spam. Learn how your comment data is processed.

Close Menu
Open chat
1
Need help?
Hello,
Can we help you with anything?